I was fortunate to find Mike Jackson on a recent trip to Jackson Hole. He has a photographic guide service and , as a long term resident and avid photographer, he knows where to look for scenic and wildlife image opportunities. His work can be seen on his blog “Best of the Tetons”.  Mike and I met at the Jackson Hole visitor center early one morning. It was overcast, so sunrise shots of the Tetons from Snake River Overlook were out. So we headed to Gros Ventre Road through the town of Kelly looking for wildlife. Just north of Kelly – a neat little town with interesting photo opportunities – we encountered a small herd of moose in the drifting snow. 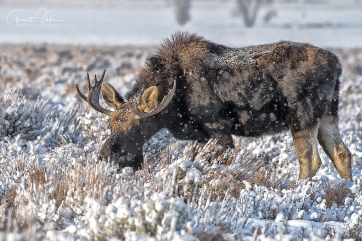 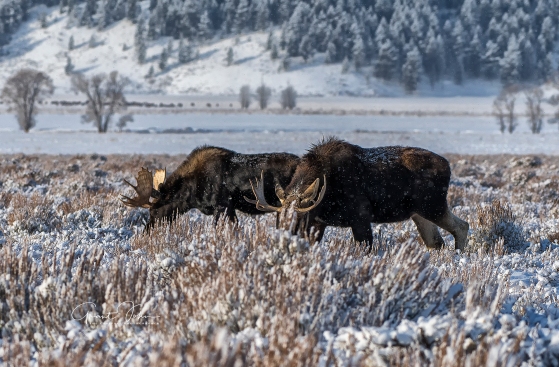 After getting quite a few shots, we headed further north along Ditch Creek and encountered a pair of buffalo trying to root through the snow for grasses to eat. We watched them for some time, waiting for one or the other to raise their heads.

This area was quite pretty, with patches of trees, a few old buildings, the creek and lots of fresh snow. We had seen about 10″ the day before, and at the time light snow continued.

We then headed back to Kelly for a few interesting shots. I particularly like the one of the old wheels with the Tetons in the back.

Mike then drove us over to Moose Junction and down Moose Wilson Road to a small pond created by a beaver dam. There were a few of Mike’s professional friends down by the pond watching the antics of a river otter. We trudged down about 150′ through knee high snow to get close to the pond. After a while we saw the otter swimming around, then eventually climbing out of the pond with a frog in its’ mouth. 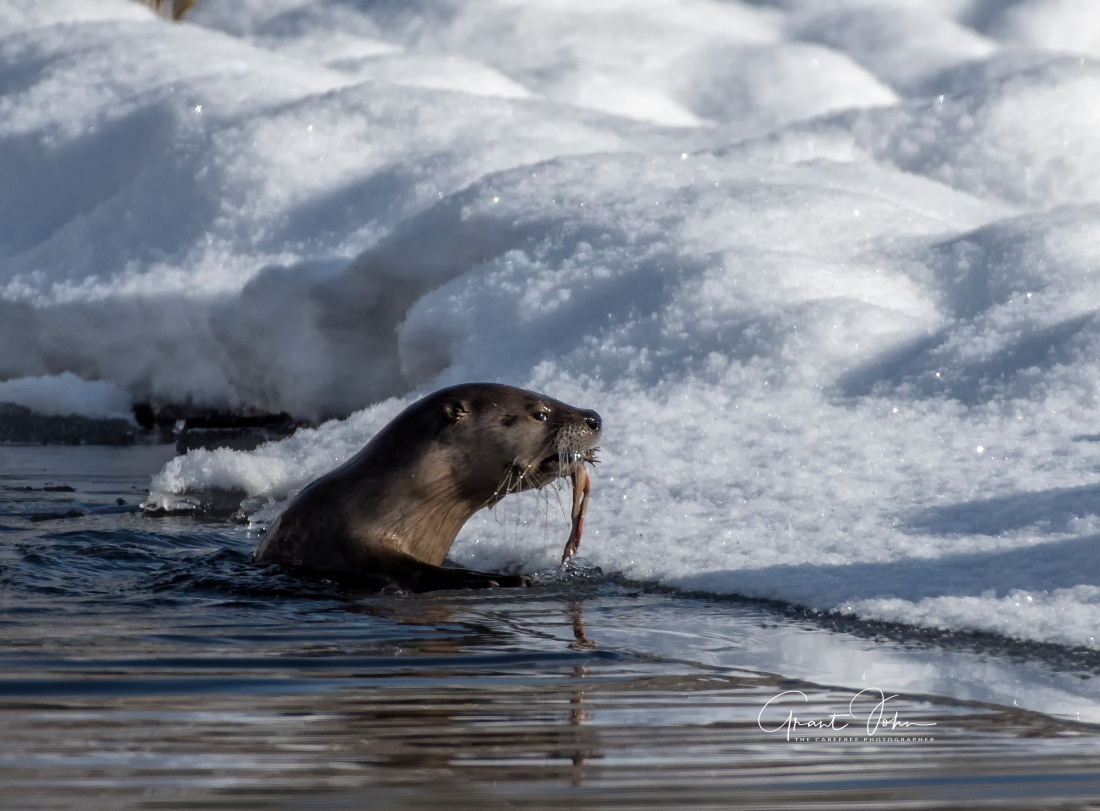 We watched for a while longer, then headed back to town for lunch. Along the way, and after lunch, Mike showed me a number of Teton barns, which I will cover in the next post.